In April 2020 water samples were taken from a stretch of the river Ahr at Dernau  where two weeks previously salmon parr had been introduced into the river. On the night of the 14th and 15th of July 2021 catastrophic floods inundated the whole of the Ahr river valley causing considerable damage the river system and the loss of 134 lives.

The devastation to the  aquatic ecosystem was immense and  almost 1 year on  the rebuilding and  recovery of both human and natural resources continues and it will be many years before any type of recovery could be expected.

One gleam of hope in this darkness for the biodiversity of the river and the pre-flood existant salmon population has been brought to light through a study of the Heinrich Heine University and TUNATECH GmbH  as part of  the national “GeMoLAR” project using eDNA. This technique has been used extensively to look at biodiversity and a specific test has been developed to establish the presence of the Atlantic salmon Salmo salar within the Rhine system. Johannes Kürten from the Heinrich Heine University Düsseldorf has been examining different tributary rivers of the Rheinsystem and especially the brooding locations for salmon eggs. Early experiments in the laboratory with both eggs and larvae of the Atlantic salmon provided by the Hasper Talspere Salmon Centre have enabled a more flexible tool to be used to look at salmon distribution. During the course of this work water samples were taken at different sites along the flooded area of the river Ahr around Dernau as is shown on the map below.

In the laboratory of Tunatech  qPCR analysis was carried out  together with Florian Borutta on the samples together with reference samples of salmon tissue . The first results are shown below:

It can be seen that the salmon tissue (positive control ) gives a clear signal for the both the water samples taken at the Steinbergsbrücke in Dernau . One of the samples taken at the  Eisenbahnbrücke lower down the river in the direction of the Rhine also showed a positive signal. All other samples including ones for the Sportzplatz , the negative controls in the NTC and Trout samples did not give a response.

Melt curves for  samples also confirmed the identity of the salmon containing samples as shown below in the diagram.

Melt curves from the qPCR of the water samples from the Ahr river indicating a positive result for salmon tissue control, the Steinbergsbrücke and the Eisenbahnbrücke water samples. All samples showing the same  temperature profile for their peak  activity.

The Results of the present study indicate that fish are still present in the river system and have been able to survive the floods and the habitat destruction so far. The critical period will be in the summer months  if enough food material is present. 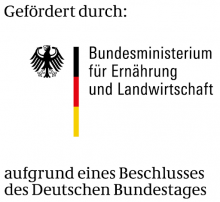 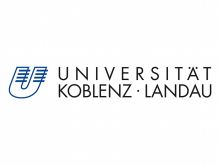